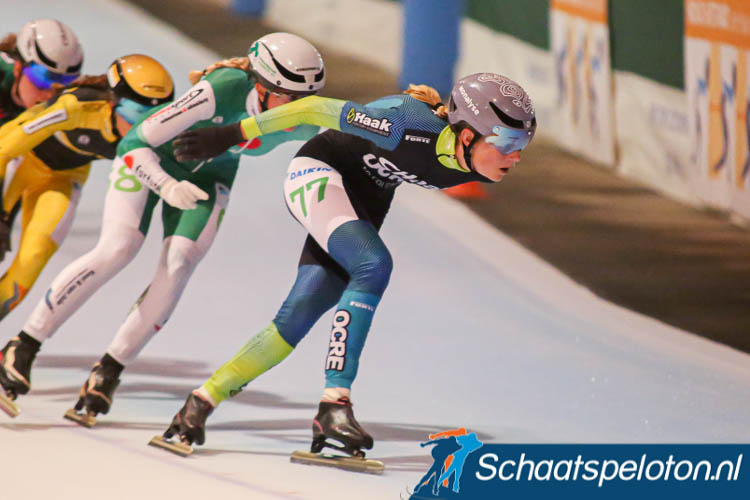 Next season, the secondment company OCRE will make its debut in the top division ladies peloton. we will be co-main sponsor of the team that has been active under the name Speelman-Haak in recent years and will appear on the ice this year with Janet Beers, Jessica Merkens, Muriël Meijer and Anne Leltz. After several years of sponsorship, Bouwbedrijf Speelman has decided to take a step back and OCRE has been prepared to take on the shared sponsorship and therefore also the name of the team.

Starting next season, the team will appear on the ice as OCRE-Haak. Mark Okkes of OCRE would make his debut as a sponsor in marathon skating last year, but there was no skating due to covid and that did not feel right. After a few conversations with Freddy Haak, he became enthusiastic and both companies decided to join forces and take on the main sponsorship together.

Freddy Haak of Haak Solutions has been associated with the team for a long time and now has a second space on the suit with his company Haak Chicory Equipment (materials for chicory processing). The ladies of the team have even had a real chicory suit designed in honor of this new sponsor, as a tribute to the well-known Brussels sprout suit.

The pledge team that was to be sponsored by OCRE last year had already been promised to continue. This team consists of Hilde-Marije Dijkstra, Amber Siegers, Famke Minnee and Leonie Beers and is led by Eyelien Bekkering De Ruiter. The U23 team affiliated with the OCRE-Haak top division ladies comes into action under the name Team Haak and consists of Lynn Dekker, Anneke Dijkstra and Kimberly Hoekstra.

Meet us at the Offshore Energy Exhibition & Conference!

We are glad to inform you that this year we can finally meet again at the Offshore Energy...
Read more

The story behind the Ammonite

The image you just saw is an ammonite. What does it entail you ask? Let us guide you through the...
Read more

This website uses cookies to improve your experience while you navigate through the website. Out of these cookies, the cookies that are categorized as necessary are stored on your browser as they are essential for the working of basic functionalities of the website. We also use third-party cookies that help us analyze and understand how you use this website. These cookies will be stored in your browser only with your consent. You also have the option to opt-out of these cookies. But opting out of some of these cookies may have an effect on your browsing experience.
Necessary Always Enabled
Necessary cookies are absolutely essential for the website to function properly. This category only includes cookies that ensures basic functionalities and security features of the website. These cookies do not store any personal information.
Non-necessary
Any cookies that may not be particularly necessary for the website to function and is used specifically to collect user personal data via analytics, ads, other embedded contents are termed as non-necessary cookies. It is mandatory to procure user consent prior to running these cookies on your website.
SAVE & ACCEPT